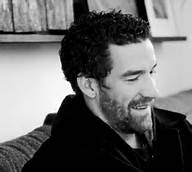 Adam Day is the author of Model of a City in Civil War (Sarabande, 2015) and is the recipient of a PSA Chapbook Fellowship and a PEN Emerging Writer Award.  He directs The Baltic Writing residency in Sweden, Scotland and Bernheim Forest.

In Void and Compensation Michael Morse is fully engaged in turning his analytical intensity on the world, revealing the meticulous design and workings behind the simplest moments. The writing here, though thoughtful and layered, feels largely effortless. By peeling away the layers of language and craft, Morse seems to imply that even when we see the words unspool and the soundtrack crackle, even when we hear the conversation the next room over, some residue of the strange and notable remains.

Playing with overt emotion and, particularly, the relation of the life of the mind to the heart and sensuality, Void and Compensation obliges the reader to feel directly implicated in the longing found in these poems and to experience the separation they capture, as well.

The first step is all about obsession with exclusion,
the cold front coming in and forcing you to hunker down,
the migrants winging their way to some gold coast
with enough fat in their chests to burn down a barn.

Isn’t your own heart that way from what or whom you can’t have?
Wasn’t Sarah Vaughn singing this all along?

Polka dots and moonbeams, for sure, and that dress
that loves your body suddenly put aside, and that touch

As “(Pug-Nosed Dream)” indicates, the lives here exist only to the degree that we are prepared to grant them “reality,” through the act of activating our empathy and intelligence. As the collection takes on the deceptions of the heart and of the senses it seems to come more alive in its accrual than in its individual parts. After all, the moments captured really matter primarily insofar as they come together for a given single orchestrated event.

In this, there’s something in Void and Compensation about both self-denial and missed chances; about the evolution of logic and emotion, or lack thereof; and about whether a given moment or gesture can ever be fully satisfying for either party, particularly if it’s misinterpreted, as in “(Assisted Living)”:

More has been said about
how relationships don’t work

than about how they do.
How do you?

In your skirts and farther in
my head are heed not feelings.

As the collection progresses, further poems reveal more of the inner life of the complex speakers and characters, so it is, of course, about dark things floating to the surface of normality, as well.

The attunement of Void and Compensation to the most private human traits creates a context in which the awkwardness of life feels real, and close at hand, with one’s own ghosts flashing by in the mind’s eye as you read on. What makes this collection successful is, ironically, its mixture of different dramatic tones, and the way in which the poems fling us into the midst of action, seen from a slightly off-kilter angle, invoking a mood of melancholy and nostalgia, and delivering us to the heart of existential complexity.

What if you lived in a dark bed
just outside a sacred house: what would you
do for some caretaking, a bit of tending?
Would you and your petals wait for rain,
or would you simply wither yourself down,
break yourself up until you were almost a shade
and so desirous of resurrection you’d cry out
for your winter bed of dead and dying leaves?
“(Good Friday)”

And the little details Morse selects—the imposing questions, the personification, the withering, the desirousness, &c.—to show the artifice of literature and much of our external lives are generally delightful. If Morse were being as earnest as poets writing of the natural world stereotypically are, the poems would fail to compel, entirely. Instead, in such poems, Morse brings out fundamental tensions between emotion, intellect, and perception via our separate ways of apprehending the world. If we allow ourselves to follow the poems and are willing to open ourselves to the conflicting emotional signals emitted by their often unexpectedly turbulent and ironic interactions we enjoy a compelling experience of the real difficulty in communication.

Morse’s emphasis on moments, gestures, and textures over plot means that at the most basic level Void and Compensation is a book about the limitations of language and of communication, suggesting, that language might be unnecessary, if not impotent, to some extent. As in “(Poem as Aporia between Lighthouses)” the collection is very much about the frustrations of interpretation.

A mother says to her child, in order to help him
learn to do on his own, pretend I’m not here.

She says it when she’s tired of answering questions.
She says it so that he might see his independence.

It is a crushing and cursory tutorial.
It is his heart’s preparation for memory

Morse’s attitude toward the cultural and economic changes affecting culture appears complex and ambivalent. While the evolution of technology, entertainment and politics may have opened up new ways of exploiting people and their emotions, Void and Compensation’s implicit political arguments are not Morse’s primary interest: his concerns are metaphysical and philosophical.

Fidelity investments: I have
aggressive funds and little grin.

She who walks with me has no name on her back:
free agent, are you betraying or betrayed?
Are you obsessed with leaving or left out?
(“(No “i” in Team)”)

Morse seems to insinuate that, in step with technology, and the commercial, morality, too, needs to evolve. Our inability to adapt to the new rhythms of life have resulted, the collection seems to imply, in a dangerous imbalance in our psychological and spiritual nature.

Void and Compensation attempts to ground the condition of our modern existence in an experience of alienation amidst great emotional, psychological and ecological richness. The alienation in question is complex, and it is part of the poetry’s difficulty, but also its achieve¬ment and seriousness. On the one hand, the world being created is definitely beautiful: we see it in the sculptural lines generated by industry and the natural world, and in the poems which meaningfully register these complicated and contradictory states of feeling.