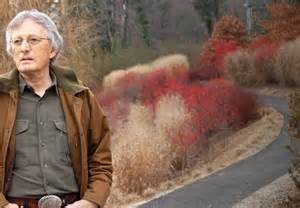 Charles Wright, born in Pickwick Dam, TN, who stepped down from the U.S. Poet Laureate position earlier this year, is widely regarded as the premier working American poet today. Presently Chancellor of the American Academy of Poets and until recently Souder Family Professor of English at the University of Virginia, Wright has received the Pulitzer, the Griffin International Prize and a Ruth Lilly Prize for lifetime achievement, in addition to an abundance of other awards.  His many books include Black Zodiac, Chickamauga, Negative Blue, Zone Journals, Scar Tissue.  “Singing Lesson” first appeared in Shenandoah 55/1.