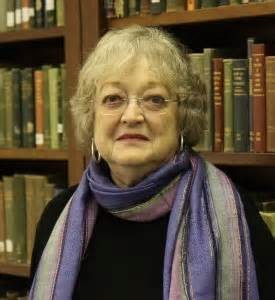 Betty Adcock was born in Texas in 1938 and lives in Raleigh, N.C.. She has taught at several colleges, including Meredith and Warren Wilson. She has received numerous grants and fellowships, including a Guggenheim, and she received the Poets’ Prize in 2003. The most recent of her six collections from LSU is Slantwise (2008), and her poem “Penumbra,” which appeared in Shenandoah 49/2, received one of her two Pushcart Prizes.

The child in the cracked photograph sits still
in the rope swing hung from a live oak.
Her velvet dress brims with a lace frill.

Her pet bantam is quiet in her lap.
It is the autumn day of a funeral
and someone has thought to take a snap-

shot of the child who won’t be allowed
to go to the burying – the coffin in the house
for days, strange people going in and out.

She’s dressed as if she’d go, in the blue church-
dress from last Christmas, almost too short.
The rooster loves her. She guards his perch

on her lap, his colors feathering the mild air.
She concentrates on this, now that her father
is unknowable, crying in the rocking chair.

Her mouth knife-thin, her small hands knotted hard
on the ropes she grips as if to be rescued,
she is growing a will that won’t be shed.

And something as cold as winter’s breath
tightens in her, as later the asthma’s vise
will tighten – hands on the throat, the truth.

Black and white, she is hiding
in every one of my bright beginnings.
Gold and deep blue and dark-shining

red the cockerel’s feathers, gold the sun
in that skyblue southern fall, blue
over the four-o’clocks and the drone

I am six years old, buried
in the colorless album.
My mother is dead.

I  forgive no one.