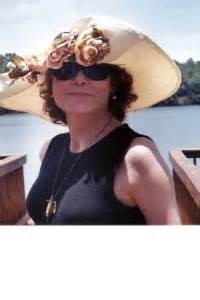 Diann Blakely (1957-2014) published three collections of poetry, Cities of Flesh and the Dead (Elixir, 2008) being the last, and was at work on a series of poems in dialogue with Robert Johnson when she died. A stalwart supporter of this journal, Diann received awards from the NEA and the Pushcart Prize. A native Alabamian, she died in Brunswick, Georgia. Her poem “Hound Dog” appeared in Shenandoah in 46/3.