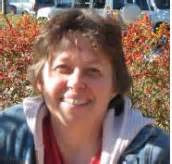 Daye Phillippo is a graduate of Purdue University and Warren Wilson MFA for Writers. She is the recipient of The Elizabeth George Grant and a Mortarboard Fellowship for poetry. Her poems have appeared, or are forthcoming in Natural Bridge, The Comstock Review, The Fourth River, North Central Review, Cider Press Review, Shenandoah and others. She lives in a creaky, old farmhouse on twenty rural acres in Indiana with her husband and their youngest son.

The mind is an enchanting thing
– Marianne Moore

That morning, eleven wild turkeys,
roaming over the yard and garden
in unison the way my imagination roams,
pecking up the unlikely. The unlikely blue
of the bird’s heads and necks long enough to be
a prank played which might have been why
Ben Franklin – pithy wit – lobbied
for them to be the national bird, but big silly birds
that would drown, or so the story’s told,
looking up into a hard rain, not majestic.
Figure of this unlikely history
(and Wampanoag and William Bradford, too)
right here in my backyard
reason I couldn’t seem to stop watching
the oddly bobbing heads, stretched-stocking necks,
big black feathers, some sleek, some ragged.
Moulted flight feathers like these
carved into quills, nibs dipped into oak gall ink,
put to parchment to pen declaration.
The turkeys, “no kinder to each other than chickens,
probably clutchmates” a friend who knows said.
the pecking order in Constitution Hall,
the free-ranging feather puffing, hiss and throaty gobble…
eleven wild turkeys roving over my unmown land
like history or imagination, like Marianne Moore,
cape and tricorn hat, pen in hand.