Gretel in the City 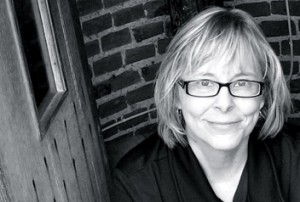 She’ll tell you a story made hungry by woodsmoke,
moondrunk by branches rune-cast on shut blinds.
By the time she gets to you, she’ll taste of tin and brine
and leather, just tugged off.

Along the avenue, pretty eyes, all in a row,
ghost their own leaving in warm fugs of indigo.
Red letters scroll—D E S O L—across islands of breath.
She’s saving her fare for the way back. At daybreak

you’ll blanket a curtain that smells of gristle fat. A sparrow
will peck for breadcrumbs in snow packed hard by the heels you dug in.
When she finally texts your fingers will freeze above that little trash can:
“Tell me who’s scared of finding her way home now. LOL”