A Prayer Journal by Flannery O’Connor

Christian Kennedy is an English and Accounting and Business Administration double major at Washington and Lee. He enjoys writing music and loves spending time outdoors exploring the Shenandoah Valley. 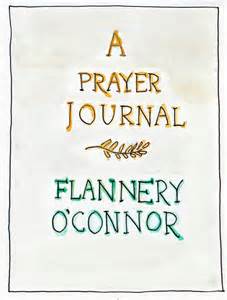 Flannery O’Connor’s personal prayer journal surprises with her passion and innocence toward faith, reminding the reader of the perspective of a young woman not fully evolved into the Southern Gothic writer that she is known as today. A kind stroke of luck introduced me to A Prayer Journal a few weeks ago when a friend lent me a copy; I had not yet heard about its publication at the time. I was initially surprised to experience such an immediate involvement with the text. A large part of the reason the journal captivates the reader’s attention comes from O’Connor’s honest display of her humanity. The unedited text allows the reader to see her original thoughts while writing, rather than the final product of many edits made ready for publication. The journal contains lines such as, “But I do not mean to be clever although I do mean to be clever on 2nd thought and like to be clever & want to be considered so” (6), where the reader is given clear glimpses of O’Connor’s unique personality.

It is O’Connor’s personality that makes it possible to connect with the text, as the reader can easily internalize the words O’ Connor writes. The young Mary Flannery, only 20  at the time of the first entry, tugs at the reader’s emotions with candid lines such as, “Please help me dear God to be a good writer, and to get something else accepted” (10). Although O’Connor’s language is occasionally colloquial, she satisfies the literary readers by filling the text with vivid metaphors and unique allusions. In the first entry she exclaims, “You are the slim crescent of a moon that I see and my self is the earth’s shadow that keeps me from seeing all the moon”(3). Throughout the journal, the personal nature of the text does not detract at all from the quality and originality of O’Connor’s writing.

O’Connor’s youthful strictness in her faith occasionally provides some comedic aspects to the journal, but more importantly, demonstrates a measure of absolute dedication to her relationship with God that may be unknown to a casual reader of O’Connor. In the short few sentences of the journal’s last entry O’Connor writes, “Today I have proved myself a glutton – for Scotch oatmeal cookies and erotic thought. There is nothing left to say of me”(40). The seriousness in which she takes her Catholic faith lends a fresh perspective to the instances of religion in her other works, especially due to the fact that this journal was written before all of her major works. Certain parts of the journal provide such an intimate perspective of O’Connor that the reader often feels a small sense of guilt for intruding, as if the reader had stolen the diary like a mischievous younger brother.  O’Connor’s journal is quite short, containing only 38 pages with 24 entries, most of which do not take up a whole page. However, the combination of contrasting entries provides the reader with an intimate perspective on a young woman named Mary O’Connor, and on a time long before she wrote anything that was deemed ‘grotesque,’ or should I say, ‘realistic.’  The author’s innocent and thoughtful youth delivers a refreshing and unexpected addition to Flannery O’Connor’s oeuvre.