The Dead Cities of Syria 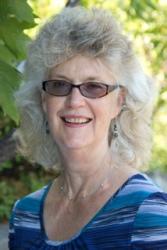 Nancy Penrose writes to explore the territories where cultures converge. Her work has appeared in publications that include Memoir (and), Passager, Marco Polo Arts Magazine, Drash, the essay collection Travelers’ Tales, and the 2011 anthology Burning Bright: Passager Celebrates 21 Years. She have won awards from the Soul-Making Keats Literary Competition, Travelers’ Tales, and Memoir (and). More information about my writing is posted on my website at www.plumerose.net.

They are living in the Dead Cities of Syria. In Serjilla, amid the abandoned ruins of ancient Roman villas, refugees now shelter from war. I saw this in a news video, recognized the place where, a few years ago, I took a happy tourist stroll.

The reporter crouches beside a wall of stone as shells explode above him. Below, in rooms where animals once lived, families huddle. The camera pans the faces of children. Their eyes stare with naked blankness. A woman squats beside a fire: “What am I, a terrorist? What’s my little child, a terrorist?” she asks through the translator. The camera finds another woman as she thumbs away tears.

Serjilla is a few miles off the road from Hama to Aleppo. It is among hundreds of Byzantine ruins clustered in northern Syria, named “dead cities” by some early European explorers. But these sites were less cities than large villages that thrived for five centuries on agriculture: olives, olive oil, wine, wheat, grapes. Then climate changed. Drought and rising temperatures rendered land unproductive. Bubonic plague struck. There were Persian invasions. In 550 AD, after centuries of prosperity, the villages began to decline.

The day I stopped, in November 2010, I was with my husband, David, and the driver we had hired, a man from Aleppo named Abed. We sought Serjilla from the guidebook’s description as “… the most eerie and evocative of the Dead Cities.” And indeed the site was a vast scatter of crumbling structures with empty windows and doorways like dark eyes in the sides of stone buildings. The triangular ends of pitched roofs—with no roof—pricked skyward. Facades were softened by the rounded shapes of arches and columns. All was cut from the limestone massif of northern Syria, white blocks now corroded, stained a rusty orange from the slow burn of oxidation, stained black from the spread of fungus.

Within the neighborhood of memories that are journeys, I have a house that is Syria. I began the building before I left home: I read guidebooks, made reservations, got visas. Then I crossed the Lebanese border at Aboudieh with Syrian Arab Republic stamped in my passport. I gathered furnishings from the corpus of sensations that swelled with the traveling: the tastes of fresh pomegranate juice and sweet black tea; the sights of Crusader castles, of sidewalk markets with abundant mounds of tomatoes and green onions, tangerines and oranges, bunches of parsley and mint; the hospitality of a Bedouin woman who served us tea in her tent in the desert outside Palmyra.

My photos and journals, the blue silk scarf with the pistachio pattern that I bought at the old souk in Aleppo, these are among the souvenirs that keep Syria vivid for me. Souvenir. In French it means to remember, is rooted in latin for subvenire, to come up, come to mind.

I think back to the Bedouin woman who invited us into her family tent near the spot in the road where we stopped to let a herd of camels cross. I remember how the woman welcomed us with a wide and luminous smile, how she wore black robes and a red-and-white-checked headscarf, how we sat on carpets as we waited for the sugar and tea to steep in the stainless steel kettle, how we held the hot edges of small glasses to sip the tea, how the nearly blind grandmother who sat in a plastic chair near the tent door held up her hands for me to see her marriage tattoos, how Abed and the woman laughed as if we were silly when we offered to pay, how the woman and I leaned toward each other as David took a photograph.

How do I square today’s news with the sweet souvenirs of my journey? How can anyone I met, any kind stranger, be unchanged by the destruction that has descended on Syria? Because I was there, because I ask these questions, I listen. I watch. I read. I recognize: the old souk in Aleppo, now mostly destroyed; the grand Roman ruins of Palmyra, now shelled, the museum looted. And then there are the bodies: shot in the head, hands bound, pulled from the Orontes River near Hama. The dead and wounded scattered outside bakeries where the hungry had queued. The gassed children wrapped in shrouds.

Some of the living are sheltering in Serjilla. And my abode of memory is draped with the dark dust of sorrow.

1 Response to The Dead Cities of Syria