Cradle Song to One Who Is Afraid of the Dark 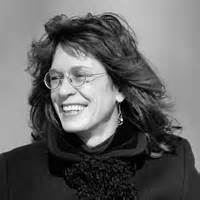 Frannie Lindsay’s fourth volume of poetry, Our Vanishing, is the winner of the 2012 Benjamin Saltman Award and is forthcoming in 2014 from Red Hen Press.  Her previous books — Mayweed, Lamb and Where She Always Was — received, respectively the Washington Prize, the Perugia Prize and the May Swenson Award.  An NEA Literature Fellowship recipient, she is a classical pianist and lives in Belmont, Massachusetts with her two retired greyhounds.

Here is the eager shadow a stairwell casts
when the oak wood boards for the steps
are still being sawed
Here is the solemn shadow of hair, not necessarily over a face
Here is a curtain’s mannered shadow, behind which
a string quartet has just finished tuning
Here is the spangled shadow of one ginger candy against another
hidden deep in a Mason jar in a larder
And here are the crotchety shadows of dollars,
their smudged portraits of presidents
pinched in a money clip
Here are the nervous shadows of cards being shuffled
and of the white cigarettes and their smoke
Here is the sisterly shadow of water
the moment before it flows from its pitcher
onto a very old woman’s bare shoulders
And the lone, true note of the shadow of a red tail hawk
the first night the sun sets early
And the choir of shadows of mangoes in starlight
over the open air market
Here may be the shadow of that which will end you
having outlived its last descriptor—
here may it always be, sweet child—and yet
the abiding shadows of all that shall keep you
are gathered around your meek blue cot;
they have shyly joined hands
for the saying of this